LONDON--(뉴스와이어) 2020년 02월 19일 -- Independent Franchise Partners, LLP (“Franchise Partners”) today launches a website to outline the overlooked value in Kirin Holdings Company, Limited (“Kirin” or “the Company”) (TSE: 2503) and to call for a reversal of its diversification strategy.

Franchise Partners has held a position in Kirin since September 2014 based on its view of the fundamentally attractive collection of beer assets in Japan, Australia, Myanmar and the Philippines. The value of these assets is obscured by substantial non-core holdings in the pharmaceutical, bio-pharmaceutical, and skincare industries.

Over the past 5 years, Franchise Partners has engaged with the Company’s management and board to encourage them to take practical steps to close the significant conglomerate and capital allocation discounts that are reflected in Kirin’s valuation.

To this end, Franchise Partners has submitted proposals for shareholder consideration at the forthcoming Annual General Meeting for Shareholders. These proposals aim to strengthen Kirin’s corporate governance practices, to better align management compensation with shareholder value creation, and to unlock value via disposing of the stakes in non-core assets and returning proceeds to shareholders via share buyback.

Franchise Partners notes that Kirin has proposed substantial changes to its board for consideration at its upcoming AGM. Franchise Partners is encouraged that Kirin appears to acknowledge the need to overhaul its board. While the Company’s four candidates appear to meet the technical standard for independence, three of them are financially affiliated with Kirin. Shareholders have reason to question whether these candidates will be allowed to offer genuine oversight of Kirin management or to ask fundamental questions about the current strategy and capital allocation priorities.

Franchise Partners believes there are clear paths available to create a more valuable and sustainable Kirin that will serve the long-term interests of all of its stakeholders. Franchise Partners encourages fellow shareholders to present their concerns about the Company’s conglomerate “bridging strategy” directly to Kirin management.

A full presentation is available at www.abetterkirin.com. 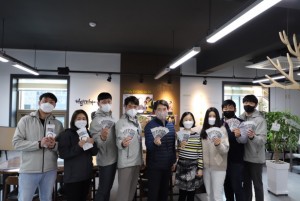